“It’s only my third day out here!” So, it’s the first Thursday of 2019 and I’m so glad you and I are here to witness it. What a time to be alive and it’s about that time…for us to go…back IN time. I had to take a flashlight in the vault with me this time because I wanted to take you on an adventure this time around with the #throwbyke of the week and as soon I dusted this one off I knew it was what the kids needed this time around!

I’m a huge “let your freak fly” enthusiast because who in their right mind enjoys the idea of being conformed or restrained? Hopefully not you, surely not I, and I tell you what…definitely not The Pharcyde.

Going to a house party with a pair of headphones in your pocket just in case the music they play is ass is what Bizarre Ride II The Pharcyde embodies. I give this description in particular because just like The Pharcyde, you and I..yeah, you..we dance to the beat of a different drummer. We dance to the beat of our own drummer. Everything this album exudes is pure uniqueness and, dare I make this word up, genius-ness.

As most west coast hip-hop is known for staying in its ‘gangsta rap’ lane, these unconventional conventionalists took a different stab at this, but without straying too far from discography roots, of course. Instead, they took a jazzier route. Their formula of metaphorical and crude libretto was what really knocked the socks of the local west coast rap stans. Fuck rapping about murder and sippin’ on 40s all day, they wanted to tell you about life, they wanted to make you laugh and they wanted to make you dance.

Depending on how you listen to it, this album basically is a 56 minute long dance party, but I’m not talking about that public party dancing. I’m talking that walking up and down your local city streets dancing, with ya headphones in. I don’t have to tell you that Passin’ Me By is the highlight of this whole album, due to the quality control of the entire track, but if you’re not a normie then you know Otha Fish is the real star of this show (& maybe even The Pharcyde’s best song? Actually, it 100% is). We’re not going to dismiss all of the other tracks though, no. That’s not what we do in this house. This album is meant to be listened to in order because as soon as Oh Shit comes on that’s your cue to get your ass up and groove in front of that mirror of yours.

Sometimes hip hop is serious and other times it’s funny, both are great, but if you’re here for a good time, and not a long time, then I think this is the album for you.

This is also my excuse to share music with you that makes you dance more because dancing makes everything better.

Dance with me, we can get groovy together.

“We’re all jiggaboos in our own way“…take your belt off and loosen up. Sit back. Enjoy the fucking ride and just listen. 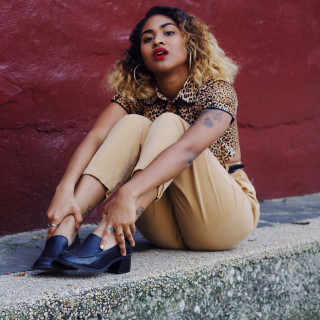